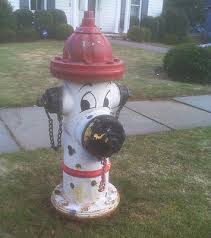 I can forgive even that wrong of wrongs,
Those undreamt accidents that have made me…..
Notorious, till all my priceless things
Are but a post the passing dogs defile.

The echoes of Yeats’s “Closing Rhymes” reverberate in my mind, and I have been thinking long, long and hard about how to explain to you what I learned today – learned from Chico….Chico, the Magic Dog.  It is a lesson beyond any lesson I’ve ever known, heard or heard about, and it is a lesson of good, evil and fierce, battling forces in the Universe so far beyond our vision and ken that we must feel more-than-foolish if ever we pretend or claim to know anything at all, at all.

I must start off by telling you that about a year ago, a year ago, December (actually, the day of the Winter Solstice, the longest evening of the year…Monday, December 21, 2015, somewhere around midnight) I had my first conversation with Chico.  I’ve written about this conversation earlier, and you can go to this link  –

Chico the Magic Dog: The Beginning

and get the details.  But stay with us for a moment, and listen carefully.

But for now, the summary is that Chico and I were sitting outside, and I commented quietly aloud about how beautiful Mars was that night.  Chico texted (yes, Chico texted) directly to my cell phone, and ultimately persuaded me that he had telekinetic, teleportation and tele-persuasion powers; that he came from another world halfway across the galactic disk (our Milky Way); that he was here to help me and other humans learn about and avoid an extremely dangerous evil force in the Universe.  There are many other details, and you can read about them on other sections of this website.  But…tonight I want to tell you about why dogs urinate on posts, trees and fire hydrants (amongst other things).

Yeats would never have written what he wrote about dogs defiling posts if he had spoken with Chico, but at the time, Chico was on another galactic mission on behalf of his species, the Guardians of Light and Knowledge in the Universe – and the sworn enemies of evil, the evil and dangerous Warrgs.

I went out for a bike ride with Chico last night.  It was nearly a new moon, and the evening was dark, warm, and windy…actually, rather creepy, and Chico kept stopping and sniffing, long and worriedly, his brow furrowed with a concern that I’d rarely seen in him.  He stopped many times, and carefully picked certain spots to pee.  I knew that he rarely did things either gratuitously or inadvertently, and I wondered what he was up to.

“Chico, dear heart,” I said in my head (I had learned easily to communicate telepathically with him, a kind of “speaking/singing” production that rings your head like an empty bell, but in a pleasant and reverberating fashion), “Chico, why do you pee like that, so specifically and carefully?”  I don’t get the idea of it.”

Chico stopped and looked carefully, and compassionately at me.  He was always compassionate, and always careful…well, almost always.  He half-smiled…in fact, if I didn’t know better, I’d say he was smirking, but he was always patient with my ignorance.

“You know a lot about the Warrgs now,” he said.  “Right?”  “Yes,” I replied, “I know about them and I’m concerned about them, but I’m never afraid about them when I’m with you – only when I’m with the other dogs and you’re at home.”  “It’s probably a good idea to take me with you, when you can,” he commented thoughtfully.  “During the daytimes, it’s probably not an issue, but the night is more…. fraught with danger.”

“Danger from the Warrgs?” I said.  “Yes,” he answered, “from them and from other creatures and beings they have invaded, and which they control…. both humans and animals, and even trees, sometimes…although trees are of so ancient a lineage that they are very difficult for the Warrgs to co-opt.”  I shivered.  “I wouldn’t want to meet a tree, especially a big tree (we have so many ancient, powerful and expansive banyan trees in the Gables) like the Banyans or a Live Oak that had been co-opted by the Warrgs.”  “Don’t worry…it’s highly unlikely. They are normally in …far more remote and unpopulated areas, as it takes many Warrgs, and many months, for the Warrgs to sway an honest tree in the wrong direction.”

“But what about the peeing, the marking?” I asked. Chico stood very still for a minute… it seemed like an interminable minute.  The clouds raced across the dimly lit sky, and the dark, dark blue of the nighttime vault of heaven spread a chill, quiet shadow across the landscape and street-lights.

“The Warrgs can be almost anywhere,” he said, after a long pause.  “Anywhere. And we can smell them. Although the smell fades over time…. over weeks and months…. our sniffing abilities are so accurate and focused that we don’t need many molecules.  In fact, just one or two Warrg molecules can be picked up by an experienced Woggle, and it’s not terribly difficult.  Each Warrg has his or her own chemo-molecular signature, but there are always…. always…. specific organoleptic signatures which are common to all Warrgs.”

“Well,” I said, “tell me about that….and how it relates to your peeing or marking things.”

“There’s a hydrocarbon molecule called ‘bullvalene’” explained Chico.  “It’s quite unusual, because its chemical bonds are constantly re-arranging in a temperature sensitive manner – similar to what your chemists call “fluxional” molecules.”

“You mean that the molecule is always changing?” I asked.

“Yes, it changes as a function of background temperature, pressure and a few other factors…humidity, barometric pressure, and even surrounding gases.  So, it’s really hard to figure out what it was to begin with.  When we smell it, we try to calculate what it was an hour ago, a day ago, or a week ago…and that’s why I have to often take a lot of time to figure it out.”

“Why is that important?” I asked…I didn’t get it.  Maybe he must continue, I thought.

“It’s important,” said Chico, “because every Warrg has a bullvalene signature.  There are some two million Warrgs in the universe at this moment, and we’ve made it one of our many missions to catalog each one of them.  Fortunately, they are born – or re-created – at about the same rate that we Woggles are…. about one every 1,000 years…. So, we have some time to update the catalog.  But we’re always looking for new ones, because we’re afraid we might’ve missed one or two.”

“And” I said being stupid, “and what is the connection to your peeing?”

Chico laughed.  “I’m glad you’re persistent,” he chuckled. “If a Warrg has been around in the last few days or so, we want him or her to know that we’re watching, and protecting, and if they continue to hang around we’re going to go after them hammer and tongs, and perhaps even wipe them out, or send them back to their home planet.”

“Are they difficult to kill?” I warbled, worried and anxious.

“Well, in truth, almost impossible, but an experienced Woggle can disable them, and make them return to Warrgaraton for…..a kind of medical repair.  They just need to rest, often for hundreds of years, before they can recuperate and go swanning their way around the galaxy again, causing no end of trouble and misery.”

“Hahaha,” he chortled. “The peeing does three things. First, it makes sure that there’s no serious residue that might hurt some living being of any type…we neutralize the residue.  Second, it tells the Warrg that we’re on the job, and they should keep away.  And third, the reaction between our pee and the bullvalene molecule generates a reaction that totally unique to the bullvalene….and we store that reaction data, and upload it to our planet and the Ubie when we go to sleep.  That’s how we catalog the individual Warrgs, and keep track of them.  It’s complicated, but there are quite a few of us doing this work on earth, and elsewhere.”

“Of course, not,” chortled Chico.  “They just smell and pee…they KNOW what they smell, and they know it’s unique, but they don’t know why or what to do with the information.  I’ll be training your four-leggeds to understand the chemistry and communications, so that they can really be useful to us and to your species.  In fact, Licker is going to be one of the best analysts I’ve ever seen or met.  He has an incredible smelling ability, along with a huge intellectual capacity for storing an enormous library…almost more than any Woggle I’ve known or known about.  He’s a pretty remarkable person, actually.  You are…very fortunate to have him in your house, and on your heart.”

“More than that,” said Chico quietly and with urgency.  “One day he’s gonna save your life.  Mark my words.”

Little did I know how soon his words would be validated.