HOW I DISCOVERED WHO CHICO IS, REALLY

One night, I was very sleepy, and stayed awake to do some work on a new website.  I received a text on my cell phone, which was right next to me, charging.  Oddly, however, it was from myself.  It said, “Come outside.”  I was puzzled, and went back to my work.  Then it happened again…. ”Come outside and visit.”  It was quite bizarre, almost…creepy.  But I went outside. My spine was tingling, and while I felt kind of apprehensive, I was more intrigued than fearful.

The night was clear and cool – the kind of cool, windy night that reminded me of a summer’s eve in Nantucket or Naushon, with a lee wind and the moon calling you to go for a sail in a little 12-foot Hereschoff (something I’d done dozens of times, alone or with a friend, or a dog).  I walked to the stone table, and sat down on a lawn-chair.  Chico walked up; he’d been standing at the fence, gazing at the top of the neighbor’s mango tree…for some reason I just couldn’t divine.  I looked up at the sky above the mango tree, and there was a red, steadily glistening planet: Mars, so clear and brilliant that I thought I could almost see its two little moons, Demos and Phobos.

Chico sat down nearby, in the perfect, almost military posture he used when he wanted to be professional.  My phone bleeped again. A new message. 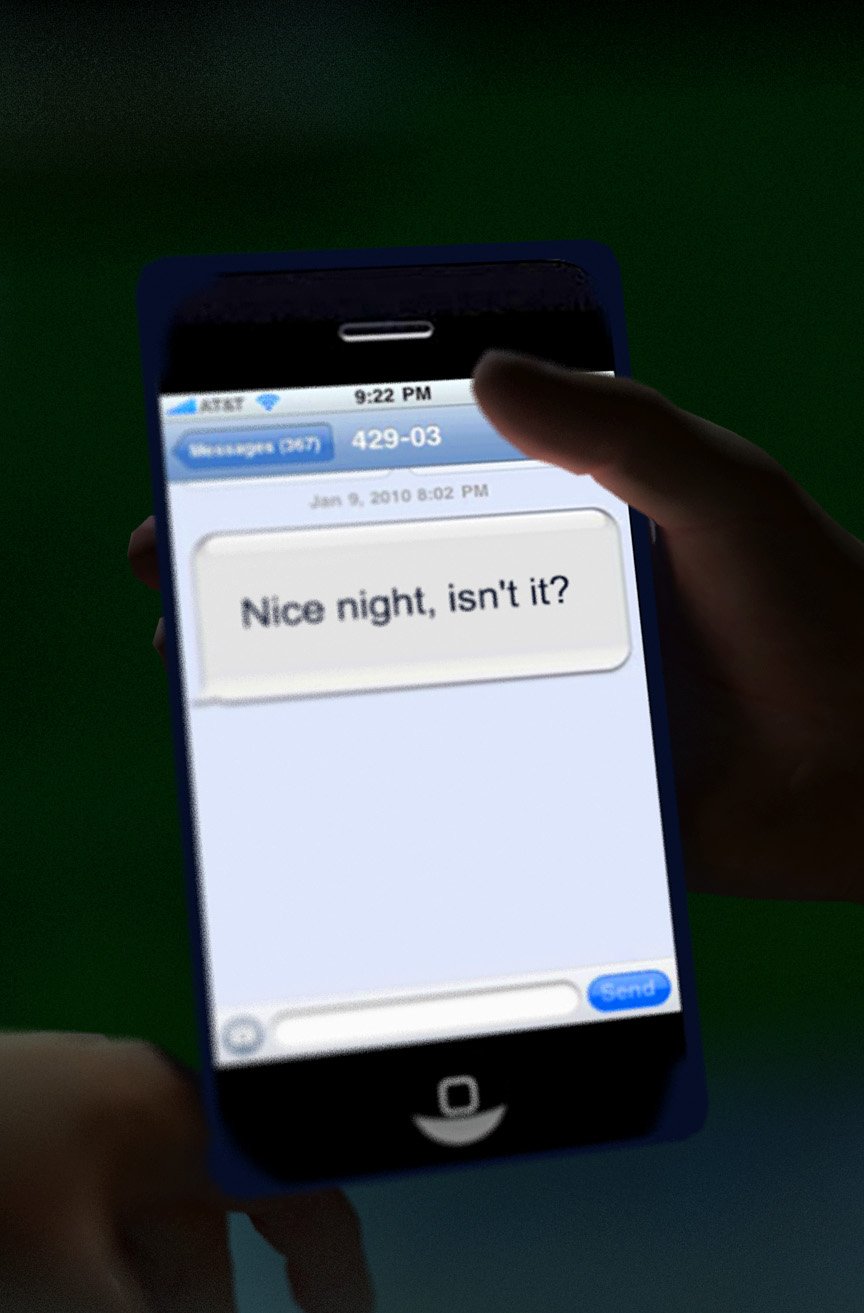 “Nice night, isn’t it?” said the message.  It was from me.  I decided to write back.  So I wrote “Yes, it is.  Mars is…glorious.  I can almost imagine its two moons, and the canals on Mars.”

I figured I’d continue to play in this sandbox, so I wrote back:  “How do you know?”

“I’ve been there. Three billion years ago the Astradiol peoples from across the galactic disk moved power-forces from the poles of Mars to cities and towns hundreds of miles away.  They used nuclear thermal propulsion systems to react hydrogen and carbon dioxide for methane production, which was used locally for a broad range of power needs: vehicles, cooling, cooking, and lots of other processes.”

“I went there on a trip. Like I said, I’ve been there.  When the Astradiols were still there.  They left Mars two billion years ago.  It became fairly inhospitable.  But it used to be a beautiful, scenic, verdant planet, filled with plant and animal life.  We catalogued almost all of it before it disappeared forever.”

I looked down at him.  He was still sitting there, as still as stone, with his eyes half-closed.  He hadn’t budged a fraction of an inch.  His tail was wagging very, very slightly, but noticeably. 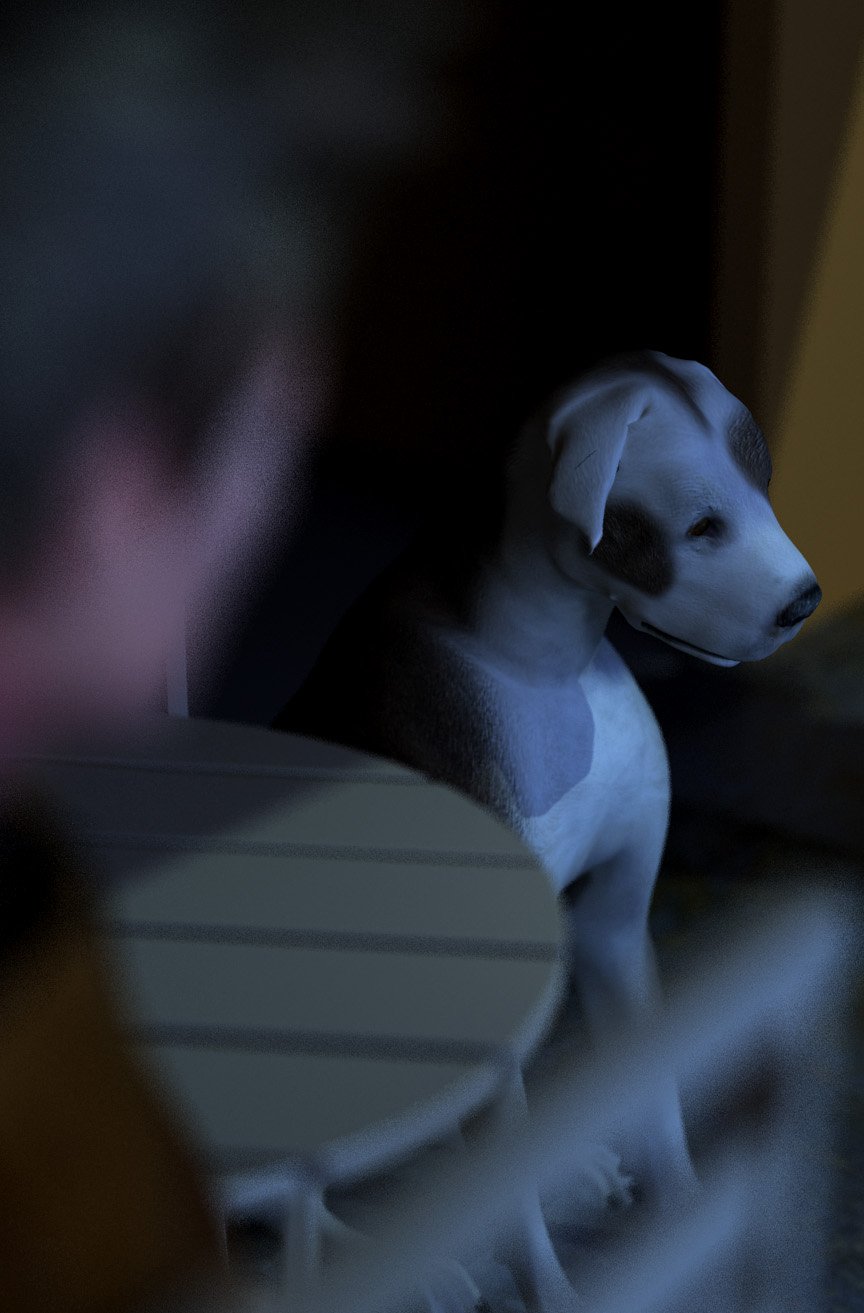 “You mean, writing to you? Oh, just telekinetically. It’s not that hard once you practice it.  All of us Woggs know how to do that…and a lot more.”

I looked at him carefully.  He stared at me.  Then he smiled.  (Have you seen a dog smile?  He opened his mouth, and stretched back his lips, and his eyes lit up, while he wagged his tail.  He smiled as broadly and clearly as any cheerful baby on earth.)

I dropped the phone.  As I looked at him, I said, aloud, slowly, “What are Woggs? Do you mean, the other dogs here?”

My phone bleeped.  I picked it up and looked at the message.  Chico was still smiling and wagging his tail, ever more broadly and fervently.

“I’m not from here.  I’m from a solar system halfway across the galactic disk, on the far western arm of the Milky Way Galaxy, as you call it.  Where I’m from, we run the planet….for the most part, although we don’t do much but collect information and beam it up.  We don’t build, we don’t destroy, we don’t fight, we’re vegetarians.  All we do is explore. And record.”

I dropped the phone again.  “I must be having hallucinations,” I thought.  “But I didn’t take any drugs….never do….Good Heavens.  A Talking Dog. Well…. a texting dog, at least.”

Chico smiled again, and even more broadly.  He jumped up, and put his paws on my legs, and licked my face.  My phone bleeped again…another message.  I picked it up.  Amazingly, the screen wasn’t cracked.

“I love you” it said.  “I love you and I trust you.  You can’t tell anyone, ever, ever about this, or they’ll lock us up…both of us…and study us until we die or escape.  I can escape…very easily … but I don’t think you can until I teach you how to teleport.”

For a third time I dropped the phone.  I hugged him and said, “Oh Chico.  This is too much to grasp.  It’s really hard to believe.”

He licked me again.  I kissed him and my eyes filled with tears.  My phone bleeped again.  I glanced at it, blinking through the tears.  The phone was lying on the ground.  The message said, simply, “Believe it.”  Now, I did.